America has a long racist past, and with the recent conflagration made by a petulant President Trump, we are not out of the woods. The freedom to speak and to have one’s own ideas has been more – or less – available to Americans throughout our long history. What are some of the considerations when thinking about free speech, liberty, and the First Amendment – and when does it morph into hatred, racism, xenophobia, and “hate speech”? What do wise persons have to say on this issue? What quotations can be brought to the table regarding free speech? Read on. 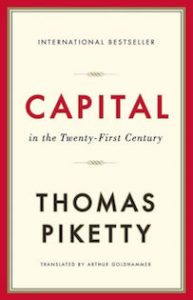 Thomas Piketty made a splash with his thick and influential book, Capital in the 21st Century. The title is a kind of homage to Karl Marx, whose main work can be translated as “Capital.” Piketty, a French citizen, felt like there were some statistical and methodological advances available to him that pioneers from the past had not been able to take advantage of. His findings are relevant to wealth inequality, income inequality, capital, capitalism, and economic justice. The book is fairly easy to read, but I thought I would share with you thirty of the top Thomas Piketty quotes from the book Capital in the 21st Century. It would be my hope that you find yourself as alarmed as I am about how much wealth – and thus, power – the richest Americans possess. It is no academic matter.

It is only with a bit of embarrassment that I admit, if I want things I have said – essentially, quotations by Jason Merchey – I have to place them on the web per se. That is, I have assembled a 30,000 quote search engine, but it is a “plug-in” to Values of the Wise’s actual website. It is kind of like having a shoebox full of silver; if someone searches your house but assumes that the contents of the box is shoes, they won’t notice the silver. So it is with plug-ins and websites. Thus, I have to go ahead and put all my quotes into the body of a blog. Sorry if this seems gauche. I guess it’s not any worse than entering oneself into Who’s Who? or placing a Wikipedia article on the web. Well, at any rate, here you have it: Jason Merchey quotes! Enjoy. 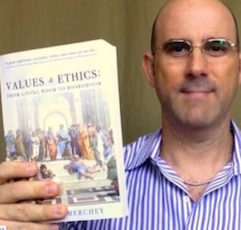 Looking for a book about values? Look no further. Just this week, Values of the Wise put out a wonderful new book featuring inspirational quotes, illuminating interviews, and a beautiful design. It culminates in wisdom, ideally. In 470 pages of interviews with experts on values and ethics, the grist for your wisdom mill is certainly present! I, the author, tried to make the presentation of the values in question about as simple as the material could be made – without cheapening it. I am very pleased to introduce you to Values & Ethics: From Living Room to Boardroom.

“The Future is Now”

A paen about positive values and the challenges of modern life. Here is a stanza: 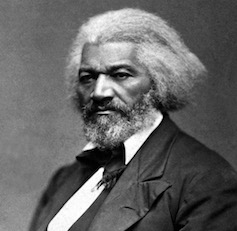 Daniel L. Katz, in the interesting book Why Freedom Matters, quotes the letter escaped slave and then-abolitionist Frederick Douglass wrote to his former master, Thomas Auld. He writes: “For audacious correspondence, it’s hard to beat Frederick Douglass’ (1815-1895) letter to his former master.” He ain’t lyin’! This is one of the most interesting things I have ever read. If you are interested in rare or unique Frederick Douglass quotes, you’ve come to the right place. Think about it: a slave endures the full measure of cruelty that was the custom of the upper class in the South for hundreds of years, then bravely escapes, makes his way north, evades capture, learns to read, marries, has four children, becomes a great writer, and grows into one of the most famous and eloquent and forceful abolitionists.

Supply-side economics is on display in the latest budgetary proposals by the Trump Administration. The approach to governance he is showing is highly questionable, both from a wisdom perspective, and from an economic justice point of view. As Erik Wasson writes in his Bloomberg article, “Trump to Pitch Deep Cuts to Anti-Poverty Programs and Medicaid:” “President Donald Trump plans to propose $1.7 trillion in cuts to a category of spending that includes major social and entitlement programs for lower-income Americans, as part of an effort to balance the budget within a decade.” He also notes that ‘This budget continues to reveal President Trump’s true colors: His populist campaign rhetoric was just a Trojan horse to execute long-held, hard-right policies that benefit the ultra-wealthy at the expense of the middle class,’ Senate Minority Leader Chuck Schemer said.” What could the populist-sounding candidate-turned-president have in mind? What is the justification? Is it wise, and is it just?

Social justice is a very significant matter for America. Today I had a friend I disagreed with about whether it is even real, and then happened to watch an innovative and compelling show called American Race, hosted by provocateur and thinker, Charles Barkley. There are many considerations when it comes to the interesting and significant topic of social justice: what is it? Is it real? How does it relate to race, institutionalized racism, class, capitalism, poverty, and class issues? What are America’s racial problems now, what are the true facts about our history, and can we make greater social progress going forward?

Social Justice: Based in Historical Truth

I was a little discomfited by Daniel Lattier’s derision of social justice in his account of an elementary school in Minnesota which has made some noble attempts at teaching children about historical truth, such as the idea of “white privilege.” I believe this position shows a lack of insight into the way America works, will shortchange children of all races, and will perpetuate the status quo. It’s not terribly surprising, though. Consider: “Once you follow a path of nonviolence and social justice, it won’t take you long before you come into conflict with the culture, with the society” ~ Martin Sheen. Lattier wrote in Not All Parents Want Their Children to be Social Justice Warriors: