Conservatism: As Compared to Other Views

There are so many ultra-rich people in this country that “being a billionaire is barely enough to gain admission to the Forbes 400 [list of wealthiest individuals],” said Michael J. Sandel in is superb, readable book Justice. In a libertarian America, sure, there would be less discrimination and some of the icky stuff that social conservatives foist on the rest of us (censorship, the drug war, etc.). There could conceivably be a lot of wealth inequality, however. Is this right? Can it be morally justified? Let’s analyze, criticize, and philosophize about modern political conservatism and its ugly younger brother, libertarianism.

The media play[s] an extremely important role in our society, and in this blog, Jason interviews two experts on media ethics. The overall goal is determining what the function of the media is and what ethical standards the media ought to be upholding. As the critical “Fourth Estate,” it has been remiss in prior decades (centuries?) in its duty, due in no small part to political influences and the awesome power of money. Interviewees are Dan Hallin, Ph.D., Professor of Communication at UC-San Diego. Fred Brown also joins Jason; he is the co-chairperson of the ethics committee of the Society for Professional Journalists (www.spj.org) and before that, he was at The Denver Post. It’s an engaging discussion.

I get that being a cop is difficult, for all kinds of reasons. One is that we don’t pay them, select them, or supervise them all that well. Also, the culture of many law enforcement agencies has some problems that new recruits have to adjust to – the blue code of silence or whatever it’s called. Clearly, there are a lot of trashy people in a country of over 300,000,000, and cops are on the front lines in dealing with them. So, I do think we should have police, but like most agencies – from schools to government to courts – the institution should be improved, amended, and altered. Social justice and civil liberties are two aspirational goals America was founded on (well, that is arguable). 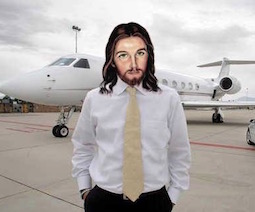