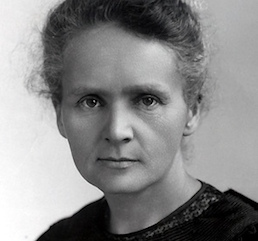 As a follow-up to this post about Einstein, this blog will explore the nature of the brightest bulbs history has known – and there will be a number of quotations about genius, creativity, and hard work in the end. Questions that have intrigued humans for millennia include: What is the nature of genius? Is it just about I.Q.? How important is hard work? Can anyone be creative? Are the brains of very intelligent and insightful people different than those possessed by the rest of us? Let’s explore!

A poem about self-knowledge and personal growth:

My life is a map; proud ink on olde leather
Relief depicts the saga of my life:
Love is represented by the mountain
The river symbolizes pain…

“Between a Rock and a Hard Place”

This is poem is based loosely on the quote from the Stephen King novella, Rita Hayworth and the Shawshank Redemption, “Get busy living, or get busy dying.” It describes the nature of my emotional state in about 1999 when things were tougher for me.

A breath of fresh air is afforded by knowledge,
By experiencing life and classes at college.
Seize the day or don’t bother trying;
“Get busy living or get busy dying.”

Is Atlas Still “With Us?”

I was speaking with my wife yesterday about our dog, as it was the 1-year anniversary of his death. I noted that I was having trouble feeling acceptance, finding meaning, and being “okay” with his passing. It feels to me to be a loss — and very little consolation comes with that. It hurts. I feel like I used to have a great dog, but no more. She feels quite differently…

I shared the post from February 22nd with a friend who is an economist, and tends to see things in ways that is similar to, but different from, me. He had some interesting commentary that focused on justice, truth, and progress. I thought I would just paste his response here. His name is Robert L. Lloyd. Read the original blog first. We are discussing civil liberties, social justice, truth, and America’s social problems.

What Is “Living a Life of Value” About?

Do You Know What Your Values Are? Are You Enthusiastic About Them? How Can You Improve Yourself and Your World?  These questions get at the concept of ‘living a life of value.’ In this blog, I will explore the place where applied philosophy meets applied psychology, personal growth, and ethics. The goal is to share my thoughts and feelings about this wonderful idea that is bound to make a difference in everyone’s life who spends a little time and thought on the phenomenon. This is vintage Values of the Wise!