I’m not the “most Jewish” person around, that’s for sure. One thing I do have, though, is that I connect my Jewishness up with empathy for what African-Americans have gone through and still experience. We Jews ought to have special insight into America’s long history of racial, ethnic, and class discrimination because of our unique history. My wife came up to me tonight, flaming mad, about another example of the mistreatment of, discrimination toward, and prejudice directed at black people in America. It was heartening to see her make an astute connection, and the point of this blog is to elucidate that thesis for you.

Author Steve Almond writes: “Although born into affluence, Trump developed a worldview indifferent, or perhaps hostile, to noblesse oblige—the notion, exemplified by the Kennedys—that nobility extends beyond lineage and requires constant compassion for the less fortunate. From early on, Trump favored a social dominance orientation, which describes the sort of person hung up on creating a hierarchy so he can be at the top of it. ‘Narcissistic Darwinism’ might also apply.” Here are a few thoughts on this idea that one with plentiful material comforts is best when they concern themselves with and help the less fortunate:

The Scientist & the Segregationist: Henry A. Wallace & George C. Wallace

George C. Wallace, the multi-term governor of Alabama, ran for president of the United States repeatedly. He was shot and he was the victim of skullduggery by the Democrats to keep him off the ticket. He never did quite get traction enough to win, but that didn’t mean he wasn’t supported by 15-20% of the populace. He was virtually indefatigable, and quite transparent. Though, apparently, he wasn’t a white supremacist through-and-through, like politicians David Duke, or Patrick Buchanan. He was an opportunist; a changeling.
Henry A. Wallace, Franklin Roosevelt’s three-term vice-president, scientist, man of peace, and economic progressive, can quite clearly be compared and contrasted to the notorious racist and political opportunist, George C. Wallace. Neither man is much-spoken-of nowadays, but both can teach the careful observer about the rise of Donald Trump and his noxious brand of showmanship mixed with populism and white grievance. In a time of racial divisions, economic stress, and lies-vs-truth, to compare Henry and George Wallace is no mere academic pursuit.

The Wealthy and Privileged Elites During the Pandemic

Remember that old Mel Brooks line, “It’s good to be the king!”? Ya, well as we can see from the effect of the coronavirus pandemic on rich and poor, he ain’t lyin’.

African Americans are an integral part of the United States of America. 95% were brought against their will from Africa (or born to recently-arrived African slaves). They have had to struggle to find even a basic fair treatment from the majority-white populace, and it is incomplete. As a case in point, more black Americans are dying from the coronavirus, proportionally, than whites. Some of this might be able to be attributed to the larger number of premorbid conditions that tend to plague African Americans to a greater degree than other races, but even that leads to the recognition that there must be much about the American experience for black people that is significantly worse than for whites. Asian Americans have pretty decent outcomes in American society, and so it’s hard to tease apart the legacy of slavery from cultural mores and personal choices that are salubrious and prudent. At bottom, though, what is not in dispute is that the African American experience in America has been rough, and that has something to do with racism. I won’t chase every tangent that this introductory paragraph logically leads to — for example, the fact that African Americans are less economically advanced than whites. I will simply sample some politically progressive quotes from African Americans. Who better but these Americans themselves to share their experience?

A New New Deal for the New Millennium 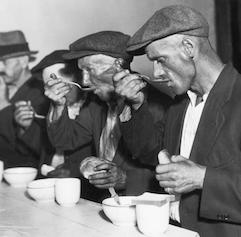 As of this writing, the economy—as well as society in many other ways— is melting down. The coronavirus is the pandemic we have long-feared. We are unfortunately seeing the chickens come home to roost in regard to things such as infrastructure neglect, economic insecurity, wealth disparities not seen since 1928, and a government that has been pared down by decades of misinformation campaigns, tax cuts, misplaced priorities, and demagogues in blue suits. It is a very hard time for America. In this blog, I go through a little historical perspective and then call for a major change in the very fabric of American society: a new New Deal for the new millennium.

Social Cohesion and Progressivism vs. Rugged Individualism and Cognitive Bias

The New York Times columnist David Leonhardt worked his way into my respect naturally. Somehow, the NYT started sending me his opinion pieces maybe three or four times a week, and my first thought was, “Who’s the new guy?” A page that has featured Charles Blow, Thomas L. Friedman, Maureen Dowd, Nicholas D. Kristof, Paul Krugman, and Bob Herbert creates a high bar in my mind. But, over time, Leonhardt has grown to be one of my favorite and most-quoted writers. In one piece, he gives voice to a core is a political philosphy precept of mine: social cohesion depends on political progress. Another way to phrase this idea would be: social welfare vs. individual supremacy vis-a-vis political progressivism.