Albert Einstein not only has one of the most recognizable mugs of any person alive or dead, he worked extremely hard and intelligently throughout his long life. A genius in physics, he also was a committed peace activist and socialist. Almost everyone remembers him fondly, and though that is perhaps a bit unwarranted, in general he was an affable, productive, dedicated, ingenious, creative, kind, magnanimous individual. He was also very quotable! Many of his quotes were about values.

The media play[s] an extremely important role in our society, and in this blog, Jason interviews two experts on media ethics. The overall goal is determining what the function of the media is and what ethical standards the media ought to be upholding. As the critical “Fourth Estate,” it has been remiss in prior decades (centuries?) in its duty, due in no small part to political influences and the awesome power of money. Interviewees are Dan Hallin, Ph.D., Professor of Communication at UC-San Diego. Fred Brown also joins Jason; he is the co-chairperson of the ethics committee of the Society for Professional Journalists (www.spj.org) and before that, he was at The Denver Post. It’s an engaging discussion. 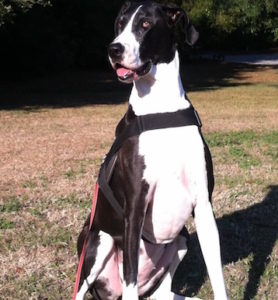 Animal rights is an issue that sometimes comes to the fore based on some significant event that the media picks up. Often it is People for the Ethical Treatment of Animals doing something dubious (e.g., in regard to wearing fur or vivisection or something). Today is a momentous day, though, because the Ringling Brothers Circus, after nearly 150 years, is calling it quits. I for one am a tad bit sad to see that unique piece of Americana go, but mostly relieved that finally those animals who are – let’s face it – slaves, will get to retire. So, almost everyone feels something about animal rights – experimentation, circuses, zoos, shelters euthanizing unwanted dogs and cats, or eating animals, but what are the moral issues involved? How should we probably be deciding about this thorny ethical issue? What rights do animals have that ought to be respected?

Is Atlas Still “With Us?”

I was speaking with my wife yesterday about our dog, as it was the 1-year anniversary of his death. I noted that I was having trouble feeling acceptance, finding meaning, and being “okay” with his passing. It feels to me to be a loss — and very little consolation comes with that. It hurts. I feel like I used to have a great dog, but no more. She feels quite differently…