Altruism in Action: Helping Others is a Virtue

Altruism is one of the most intriguing virtues. I have always found it to be “upon high,” very worthy, truly excellent. It has been called “selfishness in reverse,” and is basically when a person is helpful to another when “no benefits are expected or offered in return.” It sometimes involves self-sacrifice (for example, if you give money to someone, you don’t have that money any longer, or if you run into a burning building, you may be injured). It’s human beings helping human beings, and choosing to allocate valuable resources in such a way that one does not expect to keep a lion’s share of it. Is it real? How does is mesh with capitalism and the “rugged individualism” that the wealthy and powerful have fomented in this country since the very beginning? Is love really the answer?

If you are excited about life, passionate about yourself and your future, and enthusiastic about your job and your interests, you probably are living in a way that the wise would counsel. Life is long, and it can be very difficult to go through the motions if your heart isn’t in it. Those who experience a joie de vivre more days than not are probably not only happier, but more successful. You might have heard the famous inventor and scientist Thomas Edison wrote: “Success is 1% inspiration and 99% perspiration.” That’s a wonderful way to encapsulate the fact that having an idea is important, but the follow-through, the work required to make a novel plan come to fruition, is where the wheat is separated from the chaff. What follows are a dozen inspirational quotations that can help inspire the kind of gusto required to get stuff done, create new approaches to problems, and stick to a task until it’s complete.

Lightheartedness and Humor are Virtues

Justice, honor, and courage are certainly considered virtues. However, lightheartedness (mirth, joviality, relaxedness) is a great way to live life. These states of mind and attitudes don’t have the gravitas and long history of such cardinal virtues as wisdom, peace, and rationality, but consider the following: “What else can so enjoyably exercise the heart and boost the mood? What else can serve so well as both a social signal and a conversational lubricant? What else can bond parents to children, siblings to one another, and teach powerful lessons about staying alive in a tooth-and-claw world? Laughter may seem like little more than evolution’s whoopee cushion, but if scientists studying it are right, we owe it an awful lot of thanks for some surprisingly serious things” ~ Jeffrey Kluger. Read on to find out more insight and inspiration for living a life that is as fulfilling, refreshing, and rewarding as one of study, industry, money-making, or righteousness.

The Power of Positivity, Optimism & Enthusiasm

Hara Marano, in a Psychology Today article, notes that psychological researchers seem to feel that human beings have a pull toward the dark, upsetting, and disturbing: a “negativity bias.” Perhaps indeed our brains are wired to focus on, feel, and resonate with negative events such as slights, insults, and crises. It is probable that positivity feels good, but negativity really engages the brain to mount coping mechanisms. Well, so be it. The fact is that overcoming that negativity bias and engaging in optimistic thinking, glass-half-full mindsets, and hopeful action are better for us. Gratitude and mindfulness are better ways of being. Just as eating too much food or prejudice are remnants of our evolutionary past, but are not typically helpful in our modern age, having a negative attitude and “sweating the small stuff” probably isn’t as adaptive or functional as “the power of positivity.” Herein you will find many inspirational quotes about optimism, sanguineness, and positivity.

Ancient Greek Quotes (and Roman, Too) 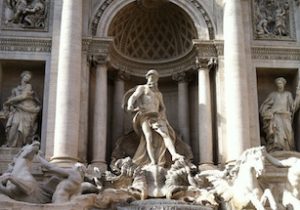 The Athenians, Spartans, and Romans were remarkable in so many ways. Certainly, one way in which these societies excelled is in writing down laws, establishing and testing the limits of democracy and other forms of government, and in oration/theater/philosophy. We have myriad ancient Greek quotes, Roman proverbs, writings, meditations, insights, and bits of wisdom that survived the ages. This is saying a lot because much has been lost or destroyed in the last 2,000 years. It is a rich cultural heritage that Athens bestowed, and there is much of interest in the Spartan and Roman civilizations as well. Add in Macedonians like Alexander and Aristotle, and you have a very valuable vein of knowledge, discovery, and even proto-science. Below you will find a beautiful array of ancient Greek quotes (and Roman, too) on all manner of subject, including philosophy, personal growth, wisdom, politics, glory, courage, and strength.

Noam Chomsky is literally one of the most influential and prolific individuals in the history of mankind. We are all so lucky that he has worked so hard on behalf of values such as truth, justice, social justice, freedom, solidarity, progressivism, and social welfare. Thought of as the founder of modern linguistics, he is extremely erudite and has written on all manner of subject—mostly politics and economics. Known as a “left-libertarian” or a “libertarian socialist”, he is wary of government, the media, the military, and the two big political parties. He has lampooned, lambasted, and laid bare their lies, machinations, and subterfuge. He is a man of the people, and has my deep respect. Bono called him “a rebel without a pause.” A great American.