This reposted blog is based on a paper entitled: Critiques of Capitalism. It is one of five parts in a series that takes a long, hard look at the economic system we have in modern America. Read Part I and then follow the links to additional segments!

Whether it goes by the descriptor free-market capitalism, laissez-faire capitalism, neoliberalism, classical liberalism, libertarian economic philosophy,  or its illegitimate children – crony capitalism, supply-side economics, or trickle-down economics – the economic theory that America is based on has a long, significant, storied past. Here is the introduction to the paper, Critiques of Capitalism:

Capitalism (a.k.a. free-market capitalism, competitive capitalism, laissez-faire capitalism, and, for the purposes of this paper, libertarian capitalism) has certain strengths as a theory when applied to the economic life of a society. We certainly have some version of capitalism here in America (about which this essay will pertain). Pioneers such as Milton Friedman, F. A. Hayek, Murray Rothbard, Ayn Rand, Joseph Schumpeter, Ludwig von Mises, and Robert Nozick (and to some degree, philosophers John Locke, Adam Smith, and John Stuart Mill) believe it is either morally required, perfectly functional, or a panacea. The fact is, however, that capitalism put into practice leaves a lot to be desired, and has fundamentally transmuted into crony capitalism. We are living through it as I write. It’s not only not perfect, it is possibly going to wreck the entire planet. This essay is about critiques of capitalism, and some suggestions on how to improve our communities, our society, and the world. Much is at stake, and many countries do better than we do.

I have been impressed with David C. Korten’s critique of capitalism, and it is broad enough to quote from liberally at this early point (he is the noted author of many progressive economic books, including the one I own, The Great Turning). “Milton Friedman’s most influential work, Capitalism and Freedom, first published in 1962, argues that individual freedom is the inviolate moral absolute of economic life and that it is best secured through markets that guarantee the freedom of persons of wealth to use their money and property in whatever way they consider most beneficial to their individual interest. He is famous for the extraordinary assertion that it is immoral for any individual to sacrifice personal gain for a public interest.” In the same fashion as Ayn Rand, he contradicts standard definitions, claiming that doing so would “destroy a free society.”

Korten continues his critique: “There is only one form of private monopoly that in Friedman’s view constitutes a threat to freedom — a monopoly created by a labor union to raise the wages of the working people.” He also lambastes the libertarian perspective with the following: “The elitist prosperity story has a superficial coherence and a logic that on critical examination quickly falls apart. It assumes, for example, that prosperity can be measured solely by goods and services available for purchase in the marketplace. It takes no account of many of the essentials of a healthy life, such as clean air and water, mutual trust, job security, safe neighborhoods, well-maintained streets, loving families, and much else that unregulated markets cannot provide and often actively undermine.” Indeed, philosopher Judith A. Boss believes that “If the right to accumulate property is not constrained by the duty of distributive justice, the gap between the haves and the have-nots will become greater and greater.”

Eloquent critic and author of The Next Economy, Paul Hawken notes that “The conservative view of free-market capitalism asserts that nothing should be allowed to hinder commerce. Sacrifices may be called for here and there, but in the end, the poor, the environment, the Third World will all benefit as business more fully realizes its potential.” He adds that science has been around long enough to sufficiently measure capitalism’s effects. From industrial cities coated with grime to child labor to oil tankers spilling its toxins in the ecosystem, “businesspeople do not wholly and genuinely acknowledge the more threatening abuses perpetuated by current practices.” A conclusion he draws is, tersely, that “invoking the sanctity of the free market to prove that present business practices are sound and constructive, and using it to rebut every charge of ecological malfeasance is, at its heart, dishonest.” Dishonest because it masks the injustice to many forms of life, not the least of which are the lives of millions who are not movers and shakers and recipients of inheritance.

Like shooting fish in a barrel, Korten compounds his critique: “The claim that unregulated markets allocate wealth in direct proportion to individual contribution neglects the obvious reality that many personal fortunes began with a large inheritance or were acquired all or in part through fraud and deception, monopoly power, corporate welfare, preferential tax breaks, usury, financial speculation, market manipulation, and the exploitation of workers and the environment.” Adding elegantly to the case, famous anti-capitalist Karl Marx satirically wrote: “Catch a man a fish, and you can sell it to him. Teach a man to fish, and you ruin a wonderful business opportunity.” Those are money values, not life values, as globalization critic and sociologist Kevin Danaher says. I would contend that life values are superior to money values. Money only buys things, it doesn’t provide depth of existence or well-being.

Richard Rahn, in a brief description of crony capitalism in The Washington Times indicates that: “A government that spends trillions of dollars and controls the fate of tens of millions of businesses and individuals through regulation is nothing more than a gigantic honeypot for those who seek to gain without engaging in productive activity.” What he seems to miss is that it is not as much that government impedes business as much as it is that government and business are often in cahoots; that they do not operate fairly independently. Lobbyists attempting to cajole and pressure government officials is pernicious because it easily drowns out the voices of the people, the constituents who number in the hundreds of thousands (millions?) and who are typically far away and fairly detached – often for very good reason.

Indeed, the reality is that businesses engage in bribery, tit-for-tat, and regulatory capture to influence and manipulate the people who are supposed to be doing the people’s business. This fundamentally changes the nature of the system from relatively free enterprise to relatively collusive between very powerful, moneyed interests and people desperate for campaign cash for their impending reelection campaigns. So much is wrong with the system it is at times overwhelming to think about. A better critique of crony capitalism than Rahn’s can be found in this New York Magazine article by Jonathan Chait, I think.

I agree with Korten when he contends that “the unregulated market has a persistent bias for financial values over life values, short-term private profits over the long-term public good, inequality over equality, and rich people over poor people.” Freedom. It sounds glorious, sacrosanct. It would seem that any entity that diminishes that beautiful patina is guilty of heresy. But major critic of unregulated capitalism, Senator Bernie Sanders, asks: “Are you truly free if you work 100 hours a week because you can’t find a job with a living wage? Are you free if you have no healthcare?” Indeed, you are not. It represents the difference between a positive view of freedom, and a negative view of freedom.

There are many arguments that can be leveled against capitalism – in its contradictions, results, and its values – and unfortunately, there is much wreckage that has accumulated in decades of practical experience from which to pick. I will be focusing on three main arguments: (1) capitalism is relatively unjust and immature, reform of the American politico-economic system is desperately needed; (2) a hybridized system is better in many ways than pure free market capitalism or statist Communism – including in its economic justice and the general well-being of citizens; and that (3) in order to combat multinational corporations and extremely wealthy individuals intent on influencing the political system, we need a responsive, clean, and reformed government to be a bulwark against corporate power, and a champion of the people and the environment, resulting in a truer and greater justice for the greatest number.

This blog was entitled Critiques of Capitalism (Part 1). 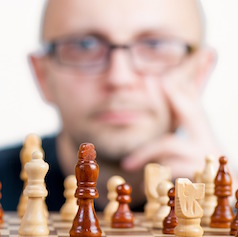