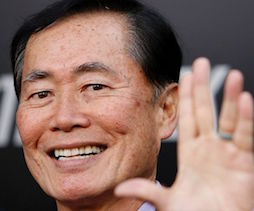 I happened to look up the commentator and author George Will to demonstrate to a friend that his use of the word “bathetic” was neat but counterproductive, because it is simply too esoteric. It apparently means “insincere, intense emotional display.” I indicated that it was of limited utility in communication because it was so rare that it was obscure, myopic. It reminded me of George Will. I began to look up Will quotes I imagine for the first time, and wow, he said some interesting things! Much was politically-right, but still, neat stuff. It led me to Star Trek pioneer and social activist, George Takei. I then added George Bush, deep thinker George Orwell, and philosopher extraordinaire George Santayana quotes. Voila! — a blog! I present to you quotes from the five George’s: George Will quotes, George W. Bush quotes, George Takei quotes, George Orwell quotes, and George Santayana quotes. They will make you laugh; they will make you sad. But they certainly will make you think.

First up: George Will quotes.

Those were the George Will quotes. Next up: George Takei quotes. He is an amazing man. From Japanese internment camp captive to Star Trek fame; from to social activist and humorist, he is one of a kind.

Here are George W. Bush quotes. Don’t worry, I didn’t just collect his stupidest sayings. Some are actually well-thought-out and insightful. You have to figure out which are which. HINT: the one about journalism, information, and truth is a complicated one to assess.

Ok, that’s about all of that I can take. On to better presidents. George Washington was widely praised, and one thing probably stands tallest: his decision to relinquish power willingly. It was what made him the nation’s “founding father.” We miss that kind of integrity, now. Here are some George Washington quotes:

If you think George Washinton quotes are trenchant, wait until you get a load of this guy! George Santayana quotes are some of the richest examples of philosophical thought in the English language. Truly a stellar intellect. Understandable in quotes but a bit obtuse in writings, I prefer reading these mandarin oranges to cracking the pistachio nuts of his philosophical works. Enjoy these George Santayana quotes.

Wow, I feel like I did a mental workout reading those incredible thoughts. Truly an amazing mind. Speaking of “amazing mind,” few intellectuals of the 20th century provided richer food for thought than novelist George Orwell. The word Orwellian is firmly entrenched in our lexicon, if that is any indication of the influence this Socialist humanist had. It is gravely important in this time of Donald Trump that we internalize the deep lessons Orwell had to teach. I present you the “fourth George”: George Orwell quotes: