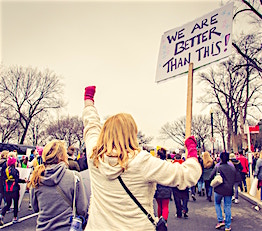 The above quotation from a very aspirational piece by Garber in The Atlantic illustrates a fundamental point we all have to take from the 2018 midterms. It is a message that requires balance, wisdom, and judiciousness to understand. I will try to share a few points of view and a few quotations that illustrate my feelings on this topic. In a sentence, I think that the kind of chicanery that GOP politicians and many media personalities typically exemplify is a wholesale affront to good values, and creates a kind of rage in the hearts of liberals and average citizens. 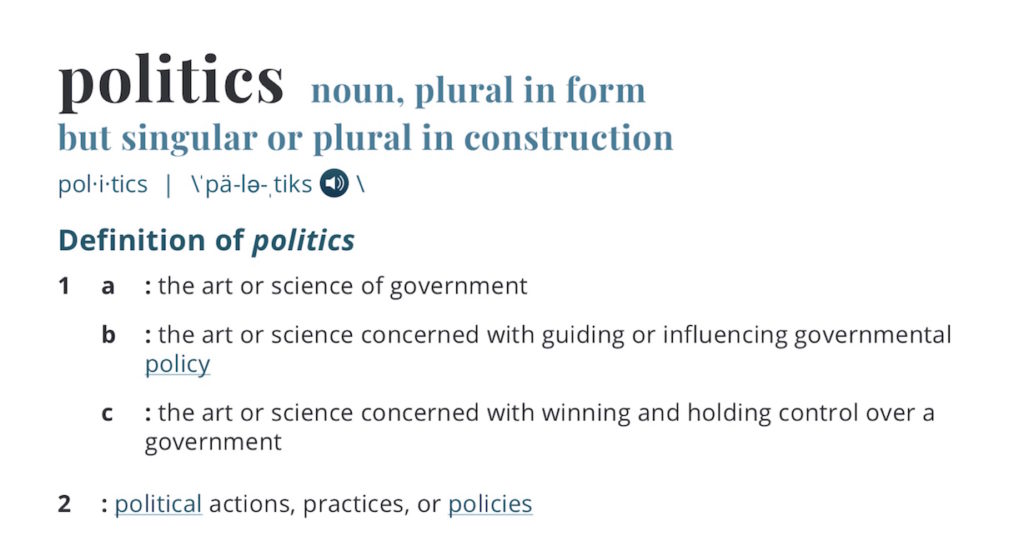 If premise #1 is true, then it leads to a conclusion; namely, that civility is going to be very hard to bring back to the fore. Have you heard of psychological and economic experiments wherein participants get a raw deal from the experimenter’s agents (for example, they are cheated and disenfranchised in a way)? The participant gets spiteful, resentful, and vengeful. For example, if there are an experimental agent and a participant who have to share a $100 award, but the experimental agent gets to decide how to divvy it up. The participant (who has no such power) can veto the decision made by the experimental agent – but then neither party gets anything. So the way it often plays out is, the agent divides it up $90 to themselves, $10 to the participant. What happens? Predictably, considering human nature, the participant vetoes the division and neither party gets anything. This confounds economic theory, since according to it, one would rather have $10 than to have nothing. However, it so violates social norms and a sense of fairness that the participant tends to scuttle the whole experiment, thus guaranteeing the experimental agent walks away with nothing! Not only does this have significant implications for psychological research, it also sheds light on politics and especially, income inequality.

Can you see the relationship between my premise and my conclusion? If Democrats and liberals, at least in the past thirty years, and especially in the past two years, have negative feelings about subterfuge, cheating, dirty pool, chicanery, and unethical behavior on the part of Republicans in high office (and many in the media), it is obviously going to contribute to a downward spiral in social cohesion and “Americanism”. Pit citizen against citizen for your own ends, and you get a fraying of the social fabric. You see the same thing with the Israeli/Palestinian conflict. With Caesar in Rome. Muslim relations in general in the Middle East is bound up with an honor culture, patriarchy, and chicanery. The blood feuds popularized by Sicilian history also illustrates this concept. The Hatfield and McCoy feud is America’s quintessential blood feud, and it doesn’t represent our better angels.

Republicans are great at yelling “Cheater! Rabblerouser! Ingrate!” when they see anything that might possibly count as plausible. I’m not talking about the truth, I’m talking about appearances, more often than not. Look at how Rush Limbaugh, Meagan Kelly, Alex Jones, Tucker Carlson, and Sean Hannity behave, how their shows run. It’s 90% bullshit with 10% truth. They hang a false narrative on a bit of truth and they’re off to the races. It’s like pounding a huge wedge into people’s minds. And frankly, those who watch or listen to this kind of stuff are not the most critical of thinkers. Take one of the hundreds of examples, from Pat Robertson to Jerry Falwell to Ralph Reed to Tipper Gore to William Bennett, and you see stagecraft and chicanery masquerading as reason and legitimacy. What is it all for?  Some instrumental goal, such as votes, public sentiment, or some other Machiavellian means to some partisan goal. Kids are notorious for running these kinds of games with their siblings and mom. It leads a younger sibling to run to mom crying, and the older sibling looks at the mother like “Gosh they are immature, aren’t they?!” They then walk away with a smirk and a sense of accomplishment because they used chicanery to get their needs met. 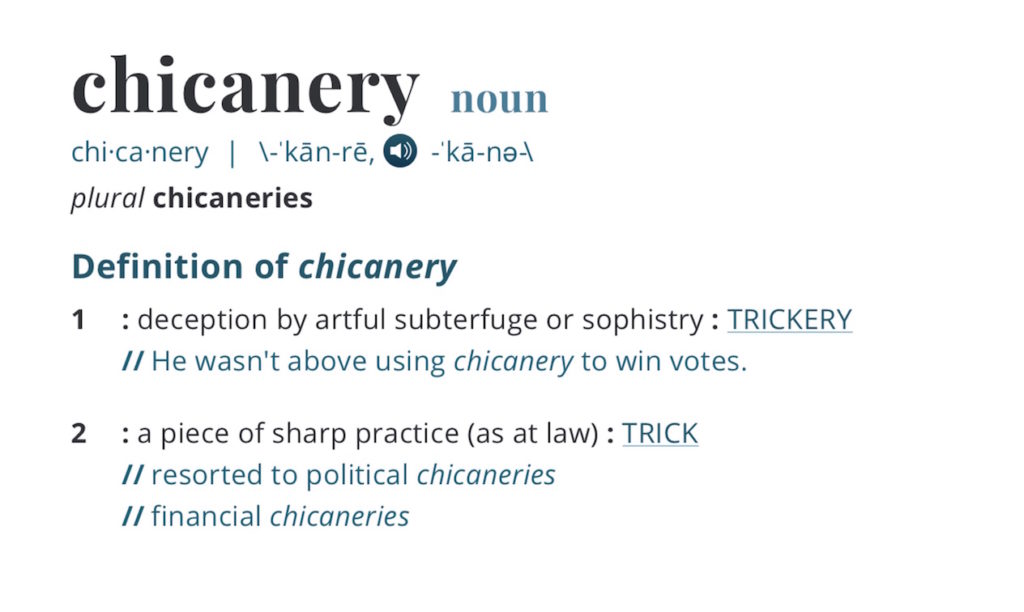 Another case in point is when people on the left do nasty things to conservatives in public while a friend catches it on film. The background, of course, is that Ted Cruz is a total asshole, a liar, and con man. The background is that Trump has run roughshod over our social fabric in a limo his dad bought for him at age 5. The background is that racism and economic inequality have been affecting people by the millions for hundreds of years. When a leftie berates Cruz or whoever in a restaurant, they are vilified. It makes Limbaugh’s and Laura Ingram’s day to see this kind of footage; they think: WEDGE ISSUE THAT WILL EARN ME RATINGS AND DO MY PART FOR THE CAUSE! Do I approve of some of the things those on the left do? No. Do I think that the deck is stacked against the average citizen, the liberal, and the minority? Yes I do.”

Great example: Colin Kaepernick deciding that taking a knee during the National Anthem is a wise decision. It was gutsy, it was legitimate, it was fair. Do most Americans have the capacity to accept that the United States was born of racism and that being white is, today, a boon? Yes, I think so. Can they do that when history books are what they are, when Tucker Carlson is what he is, and when economic and political realities are what they are? I don’t imagine so. People’s minds are fairly easily manipulated, and if it sells or if it garners votes, you can pretty much count on those in power (typically those on the political Right) to take advantage.

So my conclusion is basically that until Republicans holding or running for high office behave more like Martha McSally and less like Rick Scott (with a case-in-point being the 2018 disputed elections), it is going to keep the lid of our partisan pressure cooker on tight. When liberals decide they would rather go home with nothing rather than just $10 in a dirty game of pool, it can more clearly be understood. When they chafe seeing white nationalists on parade given cover by our “president” who seems to have been unfairly propelled to office by issues such as Russian interference in 2016, while white cops actually kill black citizens, and African Americans are way worse off financially than their white counterparts, it leads to a sense of rage. And as we know, point to someone who is rageful and, taken out of context, it can make the person look unhinged, immature, and entitled.

The Top 14 Causes of Political Polarization

It seems indisputable that most of America’s heroes, shining examples, and martyrs tend to be center-left. Take this comment from a guy who I am sure would, in a typical political climate, be a Republican, “Sully” Sullenberger, the hero pilot who landed the failing airliner on the Hudson a few years back:

“We are in a struggle for who and what we are as a people. The fabric of our nation is under attack, while shame – a timeless beacon of right and wrong – seems dead. This is not the America I know and love. We’re better than this. We cannot wait for someone to save us. We must do it ourselves.”

If someone were to criticize this blog, it could be accomplished by claiming that I am just lobbying for tribalism, but on the left side of the aisle. But I would say, Be wary of Republicans bearing gifts. Keep working toward a lowering of the political temperature. Ethics is supposed to be second to none. Realize that the kind of chicanery and skullduggery you see on Twitter and on TV now is very caustic and very new. We haven’t typically behaved like this in good times, only in times of great tumult and turbulence, such as the 1960s. What were the 1960s about? Citizens and young people trying to put an end to Jim Crow and illegal, misbegotten wars started by and carried on by politically powerful white men. Perhaps at the time, Republicans and those in power would point to the protestors or the “free love” crowd and lambaste them for anti-American behavior, but I would retort that it was the status quo and the noxious power structures in place that created the kind of resentment and outrage that led to such protesting and “illegal” acts, such as sitting down on in the wrong bus seat (Rosa Parks) or marching against oppression (MLK and thousands of others).

Barry Goldwater, ironically I must admit, said: “Extremism in the defense of liberty is no vice. And moderation in the pursuit of justice is no virtue.” There is another interesting quote by Thoreau. He was in jail for not paying his taxes because he didn’t support what the U.S. government was doing with his share. Noted Unitarian minister and remarkable writer Ralph Waldo Emerson visited him and asked, “Henry, what are you doing in here?!”  Thoreau replied, “Ralph, what are you doing out there?” 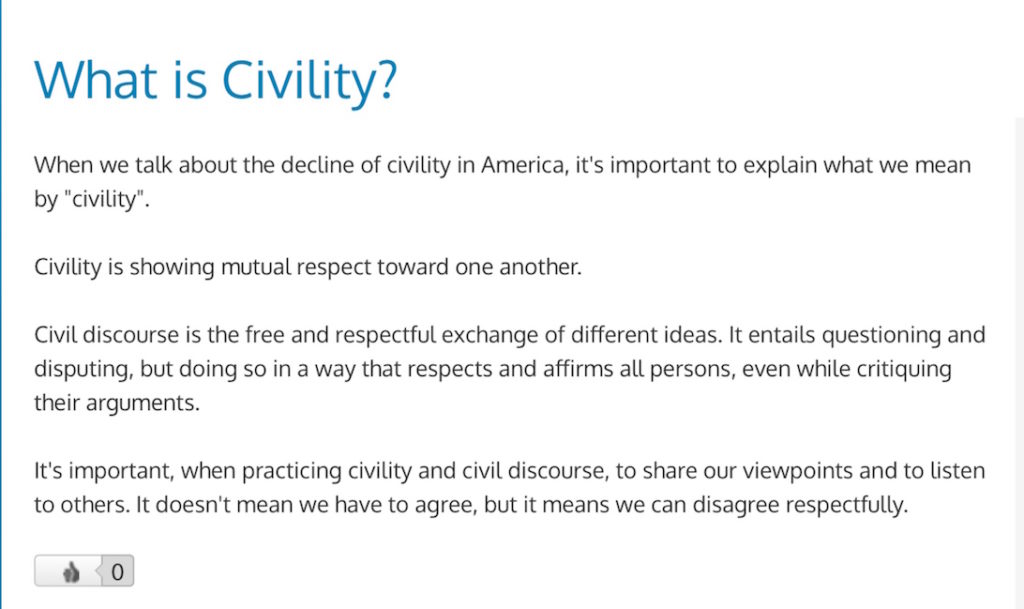 It’s a fine line (for the Left) between being a victim, and acting like a victim. We need to go high when they go low. We need to remember that no matter what the other side does, like Jesus, we should not become vengeful and immoral. Keep our sense of civility and class. Remember proper values when we see examples of base Machiavellianism. A great example is the culture of intolerance on college campuses. I believe that because of this crazy-making playbook the GOP runs its plays from, liberals have a hair-trigger about matters such as racism, economic exploitation, and rights. We can take the bait and go too far. So, when a jerk wants to spout some nationalistic or libertarian inflammatory rhetoric on a campus, it should be allowed under free speech. There is a difference between giving as good as you get and squelching all alternative points of view. Don’t refuse to let Anne Coulter speak; let her speak and then have another, more rational and ethical person speak!

Trump has taken the highest office in the land for purely narcissistic purposes (and shown how ruined our political system is). He has made unyielding efforts to radicalize the Republican party, drive out moderates, and driven the prestige and image of the United States presidency into the ground with tweets and a marvelous array of immoral behavior. Every morning instead of working he sits in bed watching Fox News and using his cursed (unauthorized) phone to keep adding steam to the kettle. That’s the way he wants it. He knows no class, no modesty, no self-restraint, no norms. He was a millionaire at age 8, and has been on a downhill slide when it comes to his emotional and ethical development ever since. Such chicanery is terrible for our country, and is the worst kind of treachery. I really hope we can find our way back to a kind of civility that was much more familiar to John McCain than Donald Trump. Unfortunately, because of its worst instincts, the GOP is now the Party of Trump. Hang on, it’s going to be a rough two years. As one of America’s greatest Republican characters would say:

Here you will find a blog about economic insecurity leading to political polarization.