Quotes About Philosophy, by Modern Philosophers 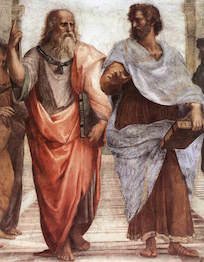 “An association of isolated individuals bound not by a sense of place, nor by extensive family connections, nor by loyalty to an employer, but only by the fleeting ties of self-interest, cannot be a good society. Such a society will fail even if it professes that its role is only to allow each individual citizen ‘life, liberty, and the pursuit of happiness.’” ~ Peter Singer

“I want to foster the capacity of ‘moral intelligence’ as much as, or more than, a specific set of moral beliefs. Thoughtfulness, if you will.” ~ Colin McGinn

“Justice is the first virtue of social institutions, as truth is of systems of thought. A theory however elegant and economical must be rejected or revised if it is untrue; likewise laws and institutions matter how efficient and well-arranged must be reformed or abolished if they are unjust….” ~ John Rawls

“Individuals have rights, and there are things that no person or group may do to them (without violating their rights). So strong and far-reaching are these rights that they raise the question of what, if anything, the state and its officials may do.” ~ Robert Nozick

“Social and communal relationships generally, in their multifarious versions and modes, can be efficient and harmonious only if people have a reasonable degree of confidence that others are on the whole reliable. If people were generally dishonest and untrustworthy, the very possibility of peaceful and productive social life would be threatened.” ~ Harry G. Frankfurt

“As both Aristotle and Thomas Aquinas insisted, wisdom is to be contrasted with cleverness because cleverness is the ability to take right steps to any end, whereas wisdom is related only to good ends.” ~ Philippa Foot

“All men are in need of help and depend on one another. Human solidarity is the necessary condition for the unfolding of any one individual.” ~ Erich Fromm

“When we distrust passion because it is too subjective, or reject authority because it has no input of our own, we flee to reason.” ~ Felipe Fernandez-Armesto

“Our capacity to reason and our freedom to choose make us morally autonomous and, therefore, answerable for whether we honor or degrade the ethical principles that give life meaning and purpose.” ~ Michael S. Josephson

“There may well be many things going on when people ask, ‘What is the meaning of life?’, the most central among them seems to be a search to find a purpose or a point to human existence. It is a request to find out why we are here (that is, why we exist at all), with the hope that an answer to this question will also tell us something about what we should be doing with our lives.” ~ Susan Wolf

“We often use the word meaning in relation to personal feelings and emotional significance. It then reveals and sometimes declares our highest values. It manifests ideals that we cherish and pursue…” ~ Irving Singer

“Throughout history, we find many examples of people who were moral and intellectual vanguards, who understood the truths beyond the comprehension of most people. Ahead of their times, these extraordinary people frequently act in response to some inner voice or the dictates of their own conscience in opposition to their cultural traditions.” ~ Judith Barad

“…ethical behavior, responding to the value of another as value, will be reflected in the meaning of a person’s life (if not in the value)…. In behaving ethically, we transcend our own limits and connect to another’s value as value. The life of the ethical person will have greater meaning; the moral push consists in the fact that his life will have greater worth.” ~ Robert Nozick

“Individual rights and freedom of choice are the most prominent ideals in our moral and political life. But are they an adequate basis for a democratic society? Can we reason our way through the hard moral questions that arise in public life without recourse to controversial ideas about the good life?” ~ Michael J. Sandel

There are over 1,500 quotes about philosophy in The Wisdom Archive! It’s free, it’s fabulous, and you are really going to like it. Go to it!

“Where a significant aspect of what someone does depends on factors beyond his control, yet we continue to treat him in that respect as an object of moral judgment, it can be called moral luck.” ~ Thomas Nagel

“Our ethic of caring — which we might have called a feminine ethic — begins to look a bit mean in contrast to the masculine ethics of universal love or universal justice. But universal love is an illusion.” ~ Nel Noddings

“There’s no question that people change their minds, that the human race in the course of centuries passes from knowledge to error or from error to knowledge in the opinions that it holds. But this is a change in the human mind and not a change in the truth or in what is true.” ~ Mortimer J. Adler

“What’s the defining task we have? In Greek, the idion ergon – the unique mission? The unique mission, of course, is to perfect ourselves at the level of moral and intellectual virtues; to live in a manner consistent with our very nature – which is the nature of a rational being. A being that is brought to terms with its own rationality through a flourishing and proper form of civic life.” ~ Daniel N. Robinson

“The most salient feature of an event that is described as meaningful seems to be its ‘meaning a lot’ to the participants. To say that a ceremony or, for that matter, a job is meaningful seems at the very least to include the idea that it is emotionally satisfying. An absence of meaning is usually marked by a feeling of emptiness and dissatisfaction…. It is noteworthy, however, that meaningful experiences are not necessarily particularly happy. A trip to one’s birthplace may well be meaningful; a visit to an amusement park is unlikely to be.” ~ Susan Wolf

“Education is the process of leading people from cocksure ignorance to thoughtful uncertainty.” ~ Denis Hickey

“Money can’t buy you happiness. Apparently, everybody knows this except Americans, who keep thinking that economic prosperity automatically brings all sorts of goodies, from democracy in the former Eastern Block to satisfaction with one’s own life here at home. Well, the data are in, and the conclusion is that money really cannot buy us happiness.” ~ Massimo Pigliucci

“It is widely recognized that the fast track to self-knowledge and other important aspects of wisdom is meditation — particularly the kind devoted to exploring the mind/body process, variously called mindfulness, vipassana, or insight meditation.” ~ Copthorne MacDonald

“Since man is not omniscient or infallible, you have to discover what you can claim as knowledge and how to prove the validity of your conclusions.” ~ Ayn Rand

“Education should have two objects: first, to give definite knowledge—reading and writing, languages and mathematics, and so on; secondly, to create those mental habits which will enable people to acquire knowledge and form sound judgments for themselves. The first of these we may call information; the second: intelligence.” ~ Bertrand Russell

“How can we discover and invent a global vision of planetary flourishing of our own species into the fullness of our vast potentials for health, wholeness, and a higher sanity that might be called wisdom?” ~ Alan Nordstrom

“The findings of the [Milgram Obedience to Authority Experiment] suggest that people can be persuaded to torture, and perhaps even kill another person simply at the urging of an authority figure. A film made of the experiment revealed that those who were most likely to give in to the urging of the authority figure knew that what they were doing was wrong but were unable to articulate why it was wrong.” ~ Judith A. Boss

Enjoying these quotes about philosophy? Consider becoming a Patron of Values of the Wise!

“Civilizations have never gotten along healthily, and cannot get along healthily, without large quantities of reliable factual information. They also cannot flourish if they are beset with troublesome infections of mistaken beliefs.” ~ Harry G. Frankfurt

“A curious thought experiment…. Nietzsche’s message to us was to live life in such a way that we would be willing to repeat the same life eternally.” ~ Irvin D. Yalom

“Although the Great Ideas are the same as they were a millennium ago, this doesn’t mean that there has been nothing new in the world of ideas. On the contrary, most of the Great Ideas have kept on changing and growing in substance and scope. In every epoch, intellectual geniuses, though they have not discovered new Great Ideas, have exposed new facets of the Great Ideas.” ~ Max Weismann

“It is true that I do not think that the fact that the human is a member of the species Homo Sapiens is in itself a reason for regarding his or her life as being of greater value than that of a member of a different species.” ~ Peter Singer

“The natural distribution is neither just nor unjust; nor is it unjust that men are born into society at some particular position. These are simply natural facts. What is just and unjust is the way that institutions deal with these facts.” ~ John Rawls

There are over 1,500 quotes about philosophy in The Wisdom Archive! It’s free, it’s fabulous, and you are really going to like it. Go to it!

This site, the Stanford Encyclopedia of Philosophy, is one of the deepest and widest sources for all things philosophical, including quotes about philosophy!