Lightheartedness and Humor are Virtues 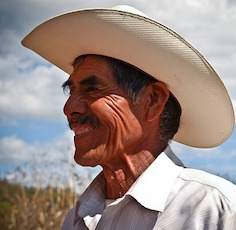 Justice, honor, and courage are certainly considered virtues. However, lightheartedness (mirth, joviality, relaxedness) is a great way to live life. These states of mind and attitudes don’t have the gravitas and long history of such cardinal virtues as wisdom, peace, and rationality, but consider the following: “What else can so enjoyably exercise the heart and boost the mood? What else can serve so well as both a social signal and a conversational lubricant? What else can bond parents to children, siblings to one another, and teach powerful lessons about staying alive in a tooth-and-claw world? Laughter may seem like little more than evolution’s whoopee cushion, but if scientists studying it are right, we owe it an awful lot of thanks for some surprisingly serious things” ~ Jeffrey Kluger. Read on to find out more insight and inspiration for living a life that is as fulfilling, refreshing, and rewarding as one of study, industry, money-making, or righteousness.

Taking a relaxed, joyous, “don’t sweat the small stuff” approach to life is one that humans are very fond of. A case can certainly be made that humans are survivors, that we are moral creatures, that we are about work, money, status, competition, sex, and adventure. That is certainly true to some degree. But think about how easily human beings in all cultures gravitate toward lightheartedness and joviality. Try this on for size: two of the hardest-working, most serious cultures – the Germans and the Japanese – are known to really let loose when alcohol is the social lubricant. Ever seen pictures of Japanese businessmen acting the fool in a sushi or karaoke bar? How about Germany’s Oktoberfest – it is virtually synonymous with letting loose and enjoying oneself. Think of the popularity of comedy movies and television shows. Who would listen to a minute of Woody Allen or Tyler Perry if there wasn’t something to gain?! For millennia jesters have been entertaining, joke tellers have been making up new ways to get a laugh, and class clowns have gone on to become famous comedians. In fact, as far as class clowns are concerned, it is pretty true to say that such kids usually have something lacking in their lives, some stressors or situations, that make goofing off and cutting up their unique and functional way of coping.

I would say that there is much honor in being the honest teetotaler, the righteous and erudite individual, the accomplished business person or the hard-working actor or playwright. Certainly, many long for nothing more than to become priests and rabbis, doctors and scientists, philosophers and poets, teachers and counselors, and judges and lawyers. None of that is very funny at all. Those approaches to life are good – they’re great. But lightheartedness is one of humanity’s highest aspirations, as well. Read on to see some quotations about humor that will hopefully convince you that watching that show you love or reading that book that is supposed to be very funny is a worthwhile way to spend time. In fact, it may be the wisest and surest course; happiness is within our own control much more than “success” or accomplishment. Hell, we don’t even know if we will be around to enjoy the success we work so hard at (Americans are very hard-working people, and humans are inclined to stress themselves to death if they are not careful. I myself am very drawn toward the serious, the perfectionistic, and the academic. But, I am also a joker and have been known to find humor in some uncouth ways/times. Typically, it is the child in me, the lover of life, that lightens up and tries to get a laugh. It’s a great way for me to relate to others. Take it from Anna Pavlova: “When a small child, I thought that success spelled happiness. I was wrong; happiness is like a butterfly which appears and delights us for one brief moment, but soon flits away.”

And now, some quotations on lightheartedness:

In a sailboat, I become oblivious to everything else in the world. ~ Albert Einstein

Take your work seriously but yourself lightly. ~ C. W. Metcalf

Life isn’t as serious as the mind makes it out to be. ~ Eckert Tolle

I’m not a worrier; I attack my problems head-on. If I can’t do something about a situation, why worry about it? ~ Gil Haimson

Cheerfulness keeps up a kind of daylight in the mind, filling it with a steady and perpetual serenity. ~ Joseph Addison

Cheerfulness keeps up a kind of daylight in the mind, filling it with a steady and perpetual serenity. ~ Joseph Addison

Like a welcome summer rain, humor may suddenly cleanse and cool the earth, the air and you. ~ Langston Hughes

I have found the best way to give advice to your children is to find out what they want and then advise them to do it. ~ Harry S. Truman

In America any boy may become President, and I suppose it’s just one of the risks he takes. ~ Adlai Stevenson

Success in life isn’t about having it all worked out; rather, it’s often about the ability to accept this moment just the way it is. ~ Stephen Rechtschaffen

The intellect is not a serious thing; it never has been. It is an instrument on which one plays, that is all. ~ Oscar Wilde

I survived many times in my life by learning to laugh at myself. ~ Antonia Novello

I have found the best way to give advice to your children is to find out what they want and then advise them to do it. ~ Harry S. Truman

Find out how much you like lightheartedness, humor, joviality, and comedy by taking the free Top Values Tool. Who knows, maybe your preferred approach to life is “not sweating the small stuff” and trying to enjoy every day!

Watch some great comedy here: Comedians in Cars Getting Coffee. Really, try it. It’s worth your time.

Look up more quotes on humor, lightheartedness, or absurdity here!