Humanity’s Dark Side: Obedience to Authority

There is a strain of experiments buoyed by theory that is in the category of social psychology – the branch of the study of human behavior that locates a human being in their social context. That is, people may have some individuality, some trait-like tendencies to think, feel, perceive, and act in a more or less typical way (i.e., based on their personality type). Social psychologists study how human beings function in relation to their environment. This essentially radical environmental approach doesn’t mimic the approach of Pavlov, Watson, and Skinner – dyed-in-the-wool environmentalists – because the attempt is not to change behavior, but to analyze and predict it. Read on for a brief summary, some elucidating quotations, and one of the most shocking experiments ever to come out of a major university.

The truest and best conceptions of masculinity are measured in this poem. Here is an example:

Despite popular conceptions, the ideal measure of a man
Is not gauged by braggadocio and aggressive displays;
Neither by number of toys or lovers he managed to collect,
Though many try in vain to be manly in these ways…

Quotes on Development and Growth 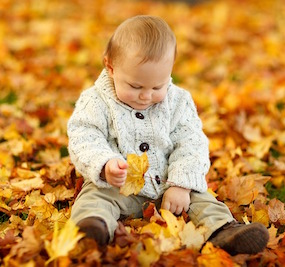 Quotes on development (i.e., quotations about development) involve opinions and findings about how human beings grow, change, and mature. Opinions meaning: theories and suppositions and claims about the way we (ideally) grow toward ever-increasing maturity, self-actualization, and success. Findings meaning: there is a branch of psychological science called developmental psychology, and this discipline (and related ones) shed light on how exactly we move forward in life, in relationships, and in our own minds. After some brief words, I will present a number of quotes on development that highlight the phenomenon.

Our Constitution and Development

How much of a person’s development is accounted for by genes, and how much by environment? Is there much room for us to improve ourselves as individuals by our will and our decisions? In other words, how can we consciously develop to our potential? How can we live a meaningful life of values and ethics?

Improving the Character and Ethics of Children, Part 2

This is the second show dedicated to the wisdom behind “character education,” how it applies to our values and ethics, essentially the opportunity of schools, parents, and the culture at large to inculcate in children good character, moral substance, and good intentions. If we can avoid a smothering, sectarian approach as we attempt to raise

Improving the Character and Ethics of Children, Part 1

We’ve all seen examples on television, on the street corner, and in our neighborhoods of kids who are somehow off-track, lacking in the values and ethics department. Obviously that has a lot to do with family, religion, our political situation, and the wisdom of our culture at-large. But could our schools actually be doing a

If you could change one negative trend about the modern world, what would it be? To remove religious sectarian violence and hatred? To relieve the world’s addiction to fossil fuels? To take money out of politics in America? To instill more values and ethics in our culture? One thing you would want to consider that