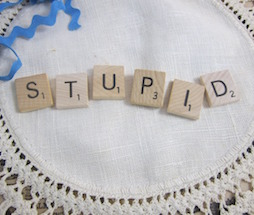 Mister Rogers Teaches How to be Good, Tolerant, & Kind

Shea Tuttle is a freelance writer who believes that the host of Mister Rogers’ Neighborhood taught kids critical emotional and social skills that are still relevant to adults today. I agree that the show focused on the good, tolerant, and wholesome, and is sorely missed in this political climate. Tuttle writes: “It seems we sense that Mister Rogers, whom we used to know so well, who used to seem to know us so well, may have something to say to us in our divided, contentious, often-painful cultural and political climate. [This blog features seven] of Mister Rogers’ teachings that could “help us weather today’s ups and downs, stand up for what we believe in, and come together across our differences,” as Tuttle puts it.

What is the Point and the Value of Education?

I was reading a piece about the value of education; in other words, what its point is. As the story goes, “As a child, Freddie Sherrill had difficulty learning to read and write, and he began skipping school. As a teen, he became addicted to drugs and alcohol and started breaking into homes. After several stints in prison and rehab, Sherrill became sober in 1988, and rebuilt his life, repairing his relationships with his wife and children, learning how to read and write, and eventually, earning an associate’s degree.” It’s a wonderful story, one that goes a bit deeper. Read on to find out more about Mr. Sherrill and his wonderful story exemplifying the value of education, and why one should ideally engage in the process.

Did you know that 55% of Americans believe that Christianity was written into the Constitution and that the founding fathers wanted One Nation Under Jesus (which includes 75% of Republicans and Evangelicals) (USA Today)? It is true that Puritan pilgrims came here seeking religious freedom, and that today we are one of the most religious of industrialized nations. But the fact that the vast majority of Americans think we are and are supposed to be “a Christian nation” is disconcerting, for two reasons. One, we certainly are not; America has slowly come to accept that religious pluralism and toleration and separation of church and state are ideals worth striving for. Some of the founding fathers were deistic and not particularly religious. But perhaps even more so, how can we be considered a Christian nation when we have this level of political chicanery, poverty, militarism, materialism, and greed? Those counter-ideals are literally antithetical to the message we believe Jesus was trying to convey during his brief time on Earth. This is a blog about the ignorance many Americans have, and even court.