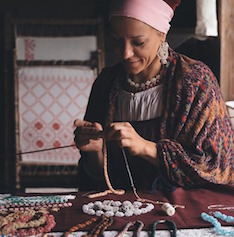 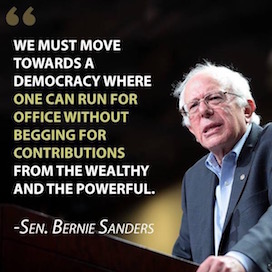 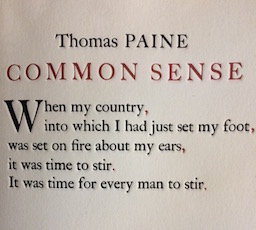 Libertarianism is a philosophy and a theory about government and society in which liberty is the highest principle. Other libertarian values include freedom, autonomy, responsibility, and non-coercion. Libertarians have always (and especially in Obama’s two terms) been very skeptical about state power (e.g., the government). Laws — from being drafted into the military all the way down to motorcycle helmet laws — are ideally few and only those which are absolutely necessary for social functioning and human welfare. The motto of a person holding libertarian values goes something like “I am a free and autonomous individual. I want to pursue my own ends in ways of my own choosing with other individuals (or not!) and government has very little justifiable reason to prevent me from doing what I wish – as long as I don’t harm other people.” In this blog, I explore libertarianism, highlight a few notable libertarians, contrast it with modern/American political liberalism, and generally share some information and critique of libertarian values.

Liberalism in the Trump Era 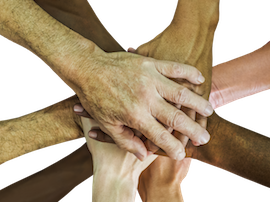 This blog dedicated to a brief analysis of what liberalism really means in this time of great storm and stress. I’ve been thinking about it while the news is showing the “Alt-Right” (or faction of power-hungry, white supremacist folks) and or the Nazis are planning to march on Washington D.C. this year – on the anniversary of the Charlottesville, VA debacle. I bet a year ago Germany looked at that hate-orgy and thought “Damn, America is tolerant of bigotry, hate, and racism.” Yes, America is the country that was built on slavery, did the Tuskegee Experiment, and shot J.F.K. But America is also the land of Thomas Jefferson, the country that beat the Nazis and Japanese in war, and created the University of California system of higher education. In a country with polarizing partisanship, the KKK and the Alt-Right, and extreme wealth inequality, what is the proper attitude for liberalism (i.e., political liberals, progressives, Lefties) to take? Agitate against power and bigotry vociferously, lay down, fight fire with fire, love those who hate us, or look down our noses on the Right? 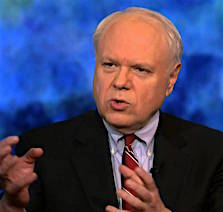 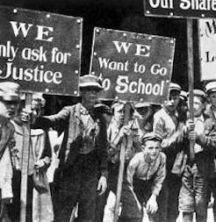 What do modern progressives (i.e., “liberals”) have in common with The “capital-P Progressive” movement that took place in the late 19th and early 20th centuries? What do Bernie Sanders and the late Paul Wellstone share with Teddy Roosevelt and Woodrow Wilson? To what degree do both movements/ideologies favor lower- and middle-class interests over those of the rich; avoiding war if at all possible; renouncing empire and colonialism; separating church and state; prizing the welfare state over big business interests; a willingness to invest in new social programs; and securing abortion/social/civil rights? You can probably toss in anti-death penalty sentiments and a general approval of world government. Women achieved the right to vote in ‘33, so that is not something both groups called “progressives” could share. This blog is an analysis of the modern Left in America and the “capital-P” Progressive Movement of the late 19th and early 20th centuries. 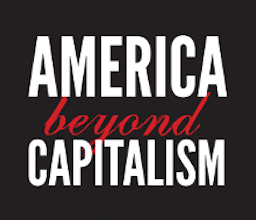 The following piece is entitled “Amending Capitalism: How and Why?” and constitutes chapter 18 of the book Values & Ethics: From Living Room to Boardroom (itself based on an Internet-based talk radio show of the same name I did in times past). My erudite and ingenious partner in dialogue is Gar Alperovitz, Ph.D., professor of political economy at the University of Maryland, a former fellow of King’s College – Cambridge, a former fellow of the Institute of Politics at Harvard University, and guest scholar at The Brookings Institution. Gar’s words are indicated by the initials GA, and mine are JM. For paragraphs with no initials, assume they are a continuation of the speaker who was speaking in the previous paragraph. I highlight words having to do with values and virtues by placing them in boldface type. Enjoy this look at critiques of capitalism, worker-owned businesses, progressive economics, corporate social responsibility, and economic justice.

Robert Reich: Lion of the Left 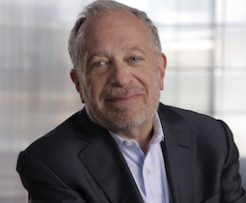 Robert Reich, Ph.D. is an economist, Rhodes Scholar, former Secretary of Labor under Bill Clinton, and professor of political science or economics at UC Berkeley. He has a good heart, and has been a tireless advocate for fiscal sanity, political fairness, economic justice, and political progressivism for almost 40 years. A small man (like 4’10” or so) he is diminutive. He was beaten up quite a bit as a child. He, however, has the heart of a lion. He used to be a centrist, and in the Ford Administration. He has seen the goalposts move, as it were, in the last 40 years, and sees the inequality and the insecurity. His goal is a more progressive, humane, fair, just, egalitarian, meritorious system – one that, frankly, used to exist in this country. The following are some of his thoughts on economics, politics, social justice, the middle class, the rich, and the like. 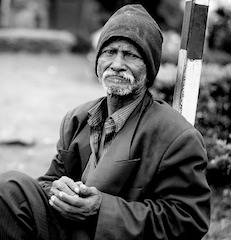 This blog features over fifty quotes about economic justice. A representative quote is the following:

“Social class is probably the single most important variable in society. From womb to tomb, it correlates with almost all other social characteristics of people that we can measure.” ~ history professor and author, James W. Loewen