Wisdom Is Ever-Ready to Guide Us From Here 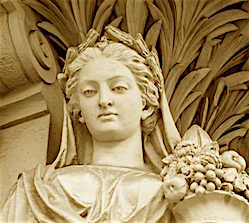 For the moment, envision the high values and virtues – wisdom, truth, justice, beauty, passion, love, honor, strength, courage, etc. – as upon high; imagine they are personified, represented by gods and goddesses. Athena of course would symbolize wisdom; courage might be Apollo; Woden is strength, and so on. This idea was exemplified to great effect by Ancius Boethius. What he was thinking popped into my head when I looked at a picture of the anti-Christ, Donald Trump. Let me tell you about philosophy and Boethius. In his  The Consolation of Philosophy he spoke reverently of the word, and use the pronoun she to refer to wisdom and philosophy. He believed she watched over him, guided him, and could save him from his fate as a prisoner. I have hope that Wisdom is ever-ready to guide us from here to where we as individuals, communities and especially as a nation, we need to be.