Wisdom is the Key to Leadership

What makes for good leadership? Effective leadership? Ethical leadership? You guessed it: Wisdom.
Unfortunately, Piers Morgan, the journalist/celebrity apprentice/anchorman missed it. What follows is what he said about both Trump and Boris Johnson (Prime Minister of the United Kingdom) on the journalistic critique program, Reliable Sources on 4/20/2020. He lambasted Trump as being a self-serving man who is really screwing up his leadership during the time of the worst pandemic in decades and the worst economic contraction in a century, but again, when listing qualities he sees lacking in Trump and Johnson, wisdom somehow comes up missing.

The Virtues of Heroism and Self-Sacrifice

I just watched the movie 300, based on the graphic novel by Frank Miller. If you haven’t seen it, you may want to go for it. It is bloody; savage even; but it tells a story of solidarity that is compelling in any time and place, but particularly so now that America is facing down a mortal enemy: the virus, COVID-19. This blog is a paean to first responders, doctors, and parents who have to now teach their kids; it is in praise of those who lost a job due to no fault of their own; it is a criticism of the federal government; it is a recounting of some of the tough spots Americans have been in since the tumultuous colonial era which led to war with England. Heroism and self-sacrifice are called for during these dark days.

What Happened to America’s Heroes?

What happened to America’s heroes? True, we have television shows now that elevate someone as a crafty and lucky game show contestant, a dexterous modern ninja, or a brave kid with astounding talent. As I write, the Trump scandal about Ukraine is unfolding. I turned off the television when he alluded to capital punishment for the folks in the White House who were implicated as informants on his repetitive, unpatriotic scandals. Frankly, the most we tend to see about this abomination of an Administration are anonymous opinion pieces in a newspaper, folks being forced to resign for not toeing the line, and occasionally someone will sort of allude to the fact that they left the Administration because they weren’t seeing eye to eye with Trump. Where are the heroes who stand up and say they will not accept scandalous, unethical, and outrageous behavior on the part of the President?

All Good People Must Stand and Be Counted

The more I read about Donald Trump and his band of merry idiots, the more I can’t keep quiet. It’s not generally advisable that a blogger take sides and speak ill of a whole philosophy or persuasion; it’s bad for business! But seriously, I can’t pull punches. I believe, like so many people with character, wisdom, and experience, that the GOP has run amok and is ruining our reputation, nation, and planet. I will add my voice to the chorus of individuals who call on the good people of the country to stand and be counted. We do not know for sure that we have time on our side, and we may not get a “do-over”.

Liberals have a long history of bettering this country – and leading it better (than the opposition). When it comes to having a coherent and compelling philosophy, progressives suck. We fight amongst ourselves, equivocate, cower, and are even afraid to proudly use the word liberal. However, as Eric Alterman points out in his great book Why We’re Liberals: A Handbook for Restoring America’s Most Important Ideals, progressive politicians provide superior leadership, have more integrity, and speak for the ideals held by most Americans, by and large. This blog features many compelling and unique quotes by famous progressives.

Bernie Sanders, the independent Senator from Vermont, is known to almost all nowadays. For decades, though, he has been serving his community, state, and country with dignity, honor, and dedication. He really is a man of principle; I believe that. He probably isn’t perfect, but he has taken up the progressive torch and run hard with it. Not only is that an extremely challenging role, he also has billionaires, oligarchs, plutocrats, and other shady characters aligned against him. It’s amazing that the only things that have come out about him that are dubious, hyperbolic, and made-up. It is my pleasure to run through a dozen compelling Bernie Sanders quotes to inspire, enlighten, and reassure you during these extraordinarily tough times. I will also note which value or values I believe each of his quotations are truly about. 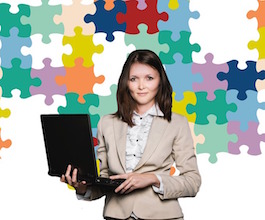 The following piece, “Values-Based Leadership” is chapter 11 in the book Values & Ethics: From Living Room to Boardroom (itself based on an Internet-based talk radio show of the same name I did in times past). My industrious and learned partners in dialogue are Tom Morris, Ph.D. and Bernie Horn. In today’s climate, it is especially important that corporate executives, pastors, politicians, and professors in business schools “bring their values to work with them.” Much is on the line, and all those spheres can benefit from an ethical, responsible, dignified form of leadership. When we look at national politics, one might say we desperately need more leadership based on philosophy, ethics, and legitimacy.

This show features the inimitable “public philosopher” Tom Morris, PhD, speaking about the philosophical aspects of leadership. Starting with Aristotle, Morris brings years of experience to the table and creates a lively and useful discussion on values and ethics. How ethics relates to leadership is a critical area of examination. Business is the main focus.

For the fifth show Jason has done on business values and ethics, we all have our personal values, but of course, values are inherent in the business world. Do we cheat or tell the truth? Do we compete fairly or in an unscrupulous manner? How do we treat the employees (or, do we steal time

Bob Hertel, Executive Director of the San Diego Leadership Initiative, and Jon Kramer, PhD, President of the organization, which specializes in “Servant Leadership,” as well as values and ethics, joined Jason for an interesting show full of wisdom. I also heard from Robert C. Hinkley, a corporate lawyer with some wonderful ideas on how we