A Time of Unprecedented Tribalism in America….

Now is a time of heightened threat, trouble, tribulation, and tumult for America.

We are beset by anxiety, risk, lack of clarity, fear, and in-fighting.

I really worry that we are facing a panoply of dangerous (and often self-created) problems!

Can we rise to the occasion, or will we crumble in the face of myriad threats and internal vulnerabilities? Will we listen to “our better angels,” as Lincoln put it? Or tear ourselves apart as we did in the Civil War?

The Power of Positivity, Optimism & Enthusiasm

Hara Marano, in a Psychology Today article, notes that psychological researchers seem to feel that human beings have a pull toward the dark, upsetting, and disturbing: a “negativity bias.” Perhaps indeed our brains are wired to focus on, feel, and resonate with negative events such as slights, insults, and crises. It is probable that positivity feels good, but negativity really engages the brain to mount coping mechanisms. Well, so be it. The fact is that overcoming that negativity bias and engaging in optimistic thinking, glass-half-full mindsets, and hopeful action are better for us. Gratitude and mindfulness are better ways of being. Just as eating too much food or prejudice are remnants of our evolutionary past, but are not typically helpful in our modern age, having a negative attitude and “sweating the small stuff” probably isn’t as adaptive or functional as “the power of positivity.” Herein you will find many inspirational quotes about optimism, sanguineness, and positivity.

The Consolation of Reliable, Positive Values

Sigh. I entitled this blog what I did because I am having a difficult time of it at the moment. My dad did die this year. And Trump did ascend to power this year. But $hit has really been hitting the fan, as they say. Today, Matt Lauer and Garrison Keillor have been caught in the thorny bramble of bad behavior. I was also a bit shocked by Louis C. K., Senator Al Franken, and Representative John Conyers. I look around and institutions seem to be tarnishing, crumbling, under attack, and failing. It feels like we are more divided and that there are more dangers than I am comfortable with. In this blog, I will try to make sense of my angst, and use reliable, positive values as a consolation. 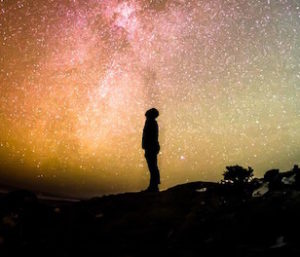 As I noted in a previous blog about living life on life’s terms, one has to take a long, hard look at life and in the mirror and not blanch. One will find a high challenge there. “Life is a tragedy to those who think, and a comedy to those who feel,” noted French author La Bruyere long ago. But Drew D. Brown believed that “[y]ou don’t look in the mirror to see life; you’ve got to look out the window.” Thus, I wanted to follow up that first blog with this, a piece featuring quotes about “living life on life’s terms”. Enjoy this look at coping, self-realization, personal growth, inner strength, truth, insight, and realism.

Robert Reich is Optimistic About America

Liberal luminary, UC-Berkeley professor, author, former Secretary of Labor, and on and on, Robert Reich, put out a new book named The Common Good. I am very interested based on the title and the promotional wording. In this blog, I share a bit about it, but more importantly I share some thoughts Reich has about why he is optimistic about America’s future. Optimism is not a feeling/stance I can get to every day in these times, but let’s see what case he can make.

10 Keys to Well-Being (Plus Motivational Quotes)

The very interesting Greater Good Science Center at UC-Berkeley has some assertive and scientifically-based ideas on wonderful topics such as well-being, fulfillment, meaning, happiness, flourishing, etc. Along with U-Penn’s Positive Psychology master’s program, these are two powerhouse schools that take the science of optimism, happiness, flourishing, and well-being seriously. It’s neat to see, since at times in the past, topics such as these, or meaning, goodness, love, wisdom, and “psi” were not considered suitable subjects for psychological science to research and investigate. Click through to learn which ten keys the GGSC, positive psychology, and I suggest for greater fulfillment, joy, contentment, and success.