Is It True That “Everything Happens for a Reason”?

At first, this might sound like a foolish title, because in one sense of the phrase, everything does happen for a reason. The universe operates according to the laws of physics which posits that everything is determined and so on (well, quantum physics kinda is the fly in that ointment). I get determinism and physics’ position. However, in a different vein, the more commonly-used vernacular you hear is, “Everything happens for a reason.” But is that true? I would say the evidence does not point in that direction, though, as some are quick to point out, “God works in mysterious ways” and almost anything is possible. This post explores metaphysics and truth and other heady subjects.

Attorney, activist, author and secular humanist David Niose writes about one of the fundamental issues underlying much of the social dysfunction we see every day now in America: anti-intellectualism. What does this mean? This snippet captures his thesis well: What Americans rarely acknowledge is that many of their social problems are rooted in the rejection of critical thinking or, conversely, the glorification of the emotional and irrational. What else could explain the hyper-patriotism that has many accepting an outlandish notion that America is far superior to the rest of the world? Love of one’s country is fine, but many Americans seem to honestly believe that their country both invented and perfected the idea of freedom, that the quality of life here far surpasses everywhere else in the world. 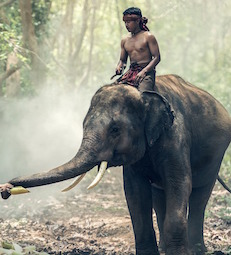 Does God Exist? The “Problem of Evil”

I was watching an episode of the psychological thriller “Dexter” last night (yes, I’m quite a few years behind), and a challenging scene came up. It was that of a woman who was held against her will as a sex slave. The same day, I at my wife’s (Catholic) Church, and the two really got me thinking. Specifically, about whether God exists and if so, how to deal with one of the main objections to the existence of God: the problem of evil. Unfortunately for us mere mortals, “It is incomprehensible that God should exist, and it is incomprehensible that he should not exist” (Blaise Pascal).

“What Does the World Say About God?”

This piece expresses my questioning of the existence and nature of God:

What should the reasonable person conclude about God?
If God is omniscient, omnipresent, omnipotent, and benevolent,
Why do his creations – precious children, the tribes of Israel –
Face atrocity wrought by nature unbridled and humans malevolent?