The Values of an Excellent Scientist 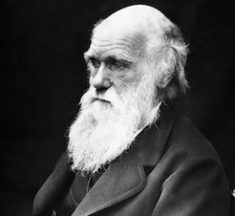 Many institutions today are under pressure, under siege even. Though Hollywood was never exemplary of “good values,” it has been rocked with allegations of sexual harassment, just as it has been deeply challenged by racism and anti-Communist malarkey in the past. Politicians score near the bottom of high-prestige occupations, and for good reason. The Supreme Court isn’t even above reproach. In all this tumult and instability, one would hope that science would be a guiding light, akin to the mythical knight. One would be wrong, though.

Science and scientists have caught flak, “stepped in it,” and otherwise fouled up over the centuries. It seems as though things have gotten more dubious as of late. There are many reasons why science is worthy of criticism or scrutiny, but there are also values of an excellent scientist, such as honesty and transparency, industriousness, humility, and creativity/ingenuity. I will share a few thoughts about each of what I am calling the values of an excellent scientist. It’s really scientific integrity I speak of, because science as a societal institution, if you will, has so much potential to bring about a time of unparalleled prosperity, peace, and progress.

Scientific greatness is less a matter of intelligence than character; if the scientist refuses to compromise or accept incomplete answers and persists in grappling the most basic and difficult questions. ~ Albert Einstein

Here is an interesting interchange between two characters on Star Trek: The Next Generation. This is the episode where the Chief Engineer, Geordi LaForge (the blind, black character played by LeVar Burton) gets to know a scientist who is on board for a few days. The initials GL are for Commander LaForge, and DF represents Dr. Farallon. The topic: the values of an excellent scientist, such as perseverance and hard work, during a time of challenge and stress:

GL: I really want you to know that I admire the work that you’ve done, and I’m sorry [the experiment] isn’t working out.

DF: You were right. I’m trying to move too fast. I seem to lack that conservative streak most scientists have. I always seem to be out there on the edge, taking chances.

GL: You know, I bet you were the kind of little girl who was always climbing one branch higher than the other kids.

DF: Anything to get to the top of the tree!

GL: And I bet you never fell.

DF: Oh no; I fell all the time, usually breaking a bone in the process. I just never let it stop me.

GL: Well, if it comes down to sheer determination, I know you’ll get this particle fountain built.

DF: You’re right about that, Commander. I’ve spent the last six years of my life on this project. It’s the first thought I have when I wake up, and the last before I go to bed. Whatever it takes to prove this technology, I’ll do.

One can easily see the values of an excellent scientist at work, here. Interestingly, as the show goes on, the character of Dr. Farallon shows her lack of humility – she exemplifies a “success at all costs” mentality, which can be disastrous to a scientific field, for at least two reasons.

Ethics is one of the values of an excellent scientist because scientific research takes place behind closed doors, to a large degree. Cheating would do great harm to the reputation of the very institution of science. If the public can’t trust the findings of a professional scientist, then he or she doesn’t have any ethical or practical advantage over institutions which are much more dubious and iffy, such as the Church, politics, or advertising. Scientific findings are ideally supposed to be reliable, valid, and even, to some degree, true.

Psychologist Daniel N. Robinson notes that “The great promise of the Enlightenment was that social problems – traditional modes of oppression and narrow-mindedness – could be conquered with scientific solutions.” Social problems cannot be adequately investigated, explored, and ideally, improved, if scientists can’t be trusted. Ethics is key.

Integrity is not a 90 percent thing, not a 95 percent thing; either you have it or you don’t. ~ Peter Scotese

Wilson is noting that science is really one of the best-suited methods or institutions, if you will, to apprehend and attempt to make progress regarding some problems that have plagued humankind for years, or even centuries. Though basic research is important, applied research can be very beneficial. Psychology, sociology, economics, and political science have great potential to enlighten, assist, and solve personal and societal problems.

One caveat the adroit reader will note is that science has in fact caused many of society’s problems. Unintended consequences and poorly-thought-out goals have imperiled our very civilization. It’s not just the overuse of fossil fuels. Think about the downsides of bioweaponry, agricultural conglomerates patenting life and totally changing food production, or the issues wrought by businesses trying to make a buck via the Internet.

The last frontiers of the world are effectively gone. Species of plants and animals are disappearing a hundred or more times faster than before the coming of humanity, and as many as half may be gone by the end of this century. An Armageddon is approaching at the beginning of the third millennium. But it is not the cosmic war and fiery collapse of mankind foretold in sacred scripture. It is the wreckage of the planet by an exuberantly plentiful and ingenious humanity. ~ E.O. Wilson

Conclusion: Though I only discussed four scientific values, for brevity’s sake, there are many more. If I had to focus in on a key idea it would probably be the role of the scientist to hold the public’s trust and not “sell out” to the power of the dollar. The proper values of an excellent scientist are not necessarily consonant with what government or big business want. One good example involves Facebook knowingly trying to make its site addictive, omnipotent, and manipulative. As if one didn’t get a bad enough impression of Mark Zuckerberg by watching the revealing movie The Social Network! Below, Sean Parker, Founding President of Facebook, comes clean:

The thought process that went into building Facebook was all about ‘How do we consume as much of your time and conscious attention as possible?’ That means we need to give you a little dopamine hit once in a while, because someone liked or commented on your post or photo. …It’s a social-validation feedback loop, exactly the kind of thing that a hacker like myself would come up with, exploiting a vulnerability in human psychology. God only knows what it’s doing to our children’s brains.

It is my belief that money ruins what it comes into contact with very easily. It is like a flame that can create a fire, but can burn down a village. Sure, some “seed money” can be helpful with starting a business, or funding scientific research, but the lust for ungodly sums of money, “cornering the market,” and proving oneself a winner are behind many ill-conceived and destructive inventions and technologies. Scientists need to be careful not to be unwitting participants just because someone flashes them a grant. This is part of my contention that public financing of institutions and programs can be ideal, because in theory they can be less amenable to big money. This is often not the case, as one can see from politicians placing scientists in positions of authority. A great, disturbing case in point is below:

“An executive of Eli Lilly, the global corporate giant that has long profited from the suffering of millions of Americans for decades, has been named by the Trump administration to head up the US Department of Health and Human Services. Normally the position is appointed from academia or other administrative posts for the purpose of protecting society from extravagant drug prices and spiraling health care costs.”

Scientists should attempt to reclaim the honor and prestige they used to possess in much greater amounts that they currently do. Recent findings about cheating on published findings led David H. Freedman to claim that: “…much of what biomedical researchers conclude in published studies—conclusions that doctors keep in mind when they prescribe antibiotics or blood-pressure medication, or when they advise us to consume more fiber or less meat, or when they recommend surgery for heart disease or back pain—is misleading, exaggerated, and often flat-out wrong. [Dr. Ioannidis] charges that as much as 90 percent of the published medical information that doctors rely on is flawed.”

Here is a frightening critique of laudable values in science.

Here is a neat look at both the nobility and the unscrupulous profit-seeking one can identify in science.

Below are a few final thoughts about the values of an excellent scientist:

“Because he felt such an important tool should be public property, the English chemist John Walker never patented his invention — matches.” ~ Isaac Asimov

This too is a moral moment, a crossroads. This is not ultimately about any scientific discussion or political dialogue. It is about who we are as human beings. It is about our capacity to transcend our own limitations, to rise to this new occasion. To see with our hearts, as well as our heads, the response that is now called for. This is a moral, ethical, and spiritual challenge. ~ Al Gore

“Abstractly and absolutely speaking, where reason is able to understand, faith has no further role to play. In other words, we cannot both know and believe [on faith] the same thing at the same time….” ~ Etienne Gilson

“Who is this god science? Who is the god who offers his people power but no moral framework to tell you how to use that power? What kind of god gives a child fire but does not warn the child of the dangers? The language of science comes with no signposts about good and bad. Science textbooks tell us how to create a nuclear reaction, and yet they contain no chapter asking us if it is a good or a bad idea.” ~ Dan Brown

No science is immune to the infection of politics and the corruption of power. ~ Jacob Bronowski

“There are seven things that will destroy us: Wealth without work; Pleasure without conscience; Knowledge without character; Religion without sacrifice; Politics without principle; Science without humanity; Business without ethics.” ~ Mohandas K. Gandhi

But does science tell us how we should control the power we have, how we should use all the machinery and the utilities that science with its technological applications gave us? Clearly not. In fact, we live in a world in which, made dangerous by this fact, science has given us the untold power of atomic energy. But does science tell us how to use atomic energy, either in peacetime or in war, how to use it for the benefit of mankind instead of the destruction of mankind? In fact, the same scientific skills in medicine or engineering that help us to cure and benefit can also help us or enable men to kill and destroy. ~ Mortimer J. Adler

“It is basic to the concept of truth as practiced in science that it is an absolute command in every detail. There is no distinction between good means and good ends. You are only allowed to employ perfectly honest means. This is what puts you in a position of special trust. And this is a deeply ethical principle.” ~ Jacob Bronowski

Click here for a boatload of quotes about science and quotations on scientific integrity.

This is a blog about the values of an excellent scientist