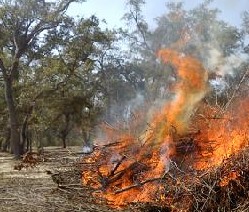 In my recently published book on wisdom (here), I found that defining wisdom is more challenging (and less useful) than to approach the topic more obliquely: sharing examples of wisdom in action, describing the values and virtues I believe are associated with individuals who are wise, etc. I also don’t forego the opportunity to share a number of lessons I’ve learned in my life, including some examples of a lack of wisdom!

This blog focuses in on one case in point that those who study wisdom must not miss: the wisdom underlying taking climate change seriously.

As someone said to me recently, “wisdom is more earned than it is learned,” but I do believe that investigating the subject is critical, for the findings of research psychology and applied philosophy can be useful as road maps (so we don’t have to reinvent the wheel, as it were).

One aspect of wisdom that is obvious is: Don’t take unnecessary risks. Risk-taking is only wise to the degree that the outcome features outsized gain and the possible downsides are manageable and ideally, foreseeable.

Climate change is a serious—even potentially catastrophic—threat to all human societies, though more so to those which are less capable of using financial and scientific resources to reduce the harmful effects of things such as rising seas, astonishingly powerful weather events, and issues such as droughts, fires, and famines. This aspect of climate change, incidentally, is a matter of social and economic justice.

The downsides of failing to take climate change seriously enough to halt it (and ideally begin to reverse it) are so grave, and the calculus so simple, that wisdom clearly indicates we should all take it very seriously.

This means education; it means overcoming the interests and forces who are currently subverting action on reducing greenhouse gas emissions, and it means each of us playing a part.

Even the Department of Defense has deemed the climate changes wrought by rising CO2 emissions from factories, farms, and vehicles grave threats to the American way of life and its security.

Some industries and interests, such as fossil fuel extraction and refinement, claim that it’s all under control

and that we needn’t overreact. Republicans in Congress are lobbied by charlatans who contribute

to these representatives’ campaigns (and Dems such as Chuck Manchin are certainly not immune!) in what

amounts to legalized bribery. There is no wisdom here…

It is foolish to underestimate a threat when the costs could be so grave. Thom Hartmann recently spoke of the utter lack of wisdom involved in underpreparing for a threat of this magnitude:

“We’re funding our own suicide: the world’s largest fossil fuel companies right now have drilling and mining operations underway that, if completed, will push the world well past a catastrophic 2.7 degrees Celsius, the level that some scientists estimate could lead to a dinosaur-level extinction,” Hartmann wrote.

The task inherent in wisdom is to titrate one’s perceived level of threat to the magnitude of the outcome in a worst-case-scenario. I liken the threat of climate change to a home invasion: imagine a husband watching television while two intruders slip in through an open window and cock the hammers of their pistols. That is where we are now as a species.

This is not an exaggeration, and yes, the data are pretty clear. Anyone who is not scared is not paying attention—or has something to gain from human apathy and ignorance of the threat. One clear example I recently watched on the television program NOVA is the fact that huge amounts of methane are being emitted from pockets of decaying organic material left over from eons ago (breaking through a melting layer of permafrost). Methane is much more effective at trapping heat than carbon dioxide.

Essentially, we are two hundred feet below the surface of the ocean and our submarine is springing pinhole-sized leaks; only someone who is completely ignorant or suffering from a stunning lack of wisdom is not taking this situation seriously.

Were we not watching, or were we not seeing the wisdom of Al Gore’s An Inconvenient Truth?? If it was true and inconvenient twenty years ago (when the movie was made), it is now patently true, and absolutely urgent.

We all tend to focus on that which is most salient, most proximal, and most rewarding. It’s just how the mind works. But where is the unanimity, the resolve, the ingenuity, and the sacrifice that America was able to muster to fight the Japanese and Hitler in World War II?

Have we become so ineffectual, so timid, and so disempowered that we would continue to allow special interests (akin to the cigarette industry twenty years ago) and craven politicians to steer us so wrong? Why are we worrying about which singer is the best on some damned reality TV show, or obsessed with conspiracy theories and propaganda, that we severely underprepare for the grave threats we face?

Where is wisdom, courage, and mettle when we need those virtues?

We cannot get a “do-over” when it comes to saving precious ecosystems (with their valuable flora and fauna) or astonishingly severe weather events every single year.

Folks, the data are in and we are desperately needing to find the wisdom, vision, fortitude, and resolve to counter this very real threat to our existence. And most countries have it much worse than America does.

If we want to survive and thrive in the 21st century, we must consider global warming to be a threat worthy of our mustering a spirited and worthy defense. Our very lives may depend on it.

This is wisdom in action.

HERE is a blog from Ecowatch that is kind of a primer on climate change—including what its causes are and what can be done about it.

a cue from none other than Albert Einstein.

The noted cognitive psychologist believes that

we must achieve a new level of ethics that will

allow us to save the creatures of planet Earth—

ourselves most of all.

The book is called Einstein’s Last Message, and in it he writes (among many quotable lines): “I once thought we might solve our problems with clear thinking, but I found that to redirect our way of living, we must change our moral principles. Only through a value upgrade can we be sure of protecting our planet. …To protect the whole of the living world, we must enlarge our vision.”

What Can Values & Virtues…

Social Justice on This July…

The Republican Party is a…

Dignity as an Antidote to…

A Time of Unprecedented Tribalism…